Highlights from the 2015 World Forum

In November 2015, 600 attendees from 45 countries gathered in Edinburgh for the second World Forum on Natural Capital, a group of international partners, including UN Environment, IUCN, World Business Council and the Natural Capital Coalition.

His Royal Highness, the Prince of Wales recorded a video message for the opening of the event, urging governments and businesses to account for the value of natural capital in decision making.

The First Minister of Scotland, Nicola Sturgeon, told an international audience that natural capital is more important than ever before during a 20-minute opening address. Read the full speech here.

The draft consultation on the Natural Capital Protocol was launched, putting natural capital theory into action since the inaugural World Forum in 2013. Read more about the Protocol here.

Our letter to Paris was signed by over 200 delegates and speakers, including Sir Richard Branson (pictured above), Inger Andersen and Katherine Garrett-Cox, and sent to world leaders at the COP 21 climate talks this month.

Over 90 speakers spoke in four plenaries and 24 interactive breakout sessions, giving an international audience of delegates the opportunity to help shape the debate on natural capital, sharing insights into emerging trends and evidence from cutting-edge case studies. Click here to view.

Click the below image to view photo highlights from the 2015 World Forum. 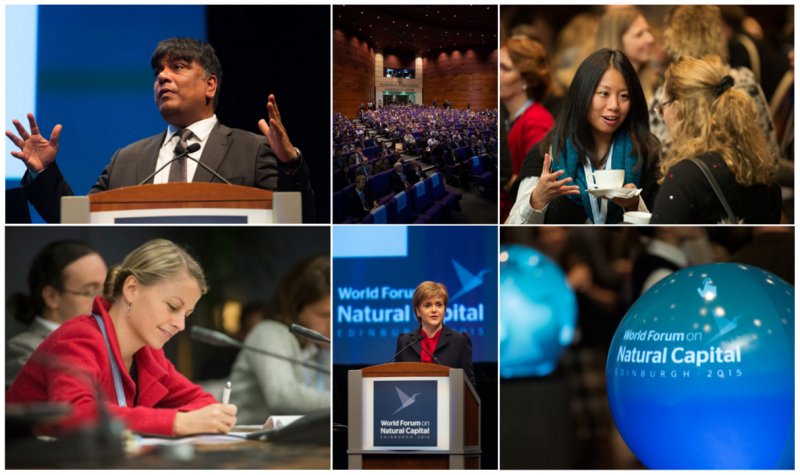