​The concept of natural capital is increasingly being recognised as important to the private sector. Forward-thinking businesses are already using natural capital analysis and accounting techniques to make better, evidence-based decisions for their future profitability and sustainability.

At a macroeconomic level, there is also a growing recognition of the need to move beyond a dependence on traditional measures of economic health, particularly GDP. In a 2015 speech to Lloyds of London, Mark Carney, Governor of the Bank of England warned of financial instability arising from environmental degradation and highlighted the growing importance of natural capital.

He also talked about opportunity, saying: “Financing the de-carbonisation of our economy is a major opportunity for insurers as long-term investors. It implies a sweeping reallocation of resources. For this to happen, ‘green’ finance cannot conceivably remain a niche interest over the medium term.”

Leaders across the globe are clear about the value of natural capital. Ban Ki-Moon had this to say on the subject: “It is time to recognise that human capital and natural capital are every bit as important as financial capital.”

So how can the concept of natural capital help us increase resilience in the Scottish economy and improve the prosperity and well-being of the Scottish people?

We have seen from elsewhere in the world that many governments have recently made significant progress in recognising and placing value on natural capital. However, it is the corporate sector that is blazing a trail on using environmental profit and loss accounting as a key business tool.

The value of natural capital has until recently, been largely excluded from business decisions and, when included had been inconsistent, open to interpretation, or limited to moral arguments. The Protocol responded by offering a standardised framework to identify, measure, and value impacts and dependencies on natural capital.

For example, Kering, owner of luxury brands such as Gucci and the sports brand Puma, is using this protocol to guide the production of their Environmental Profit and Loss Account: 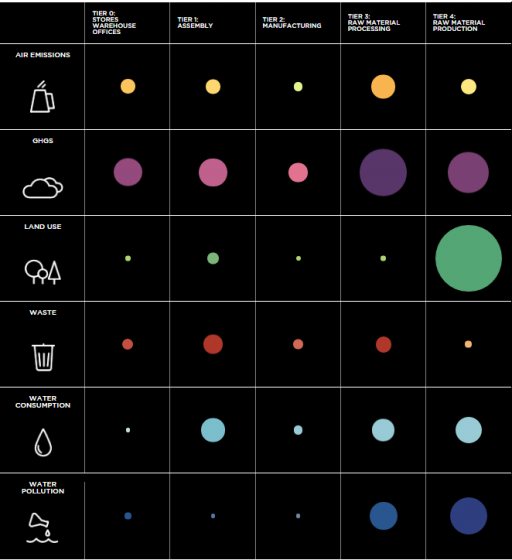 The value of ‘free’ natural capital that Kering draws down annually does not show up in the company’s financial profit and loss accounts. These are externalities i.e. the invisible costs borne by society – often the poorest -– and the environment.

You might say it’s brave of Kering to disclose these figures. You might also ask why they have done so?

The answer is, it makes good business sense. Knowing the extent of their impacts and dependencies on natural capital assets, and where in the world these are, ultimately helps the company make smarter decisions.

Perhaps the most important business benefit – returning to Mark Carney’s point about de-carbonisation being an opportunity – is the ‘spur to innovation’.  For example, Kering have realised that certain ecosystems, from which they source primary materials, are unsustainably managed due to problems such as overgrazing. They now understand the link between natural capital asset depreciation and poorer quality raw materials and that by improving the health of ecosystems over time, product quality could improve.

Fixing this, by reducing grazing pressure will also help recover tree cover and have beneficial effects for local climate regulation as well as helping re-charge depleted aquifers. It’s a win for society, a win for the environment and a win for the bottom line of the business.

As a country, if we show genuine leadership on this agenda – we can carve ourselves out a high-value, competitive niche. And the will is there. The First Minister said at the second World Forum on Natural Capital held in Edinburgh in 2015, that “In Scotland we are determined to play a leading role in developing the thinking about the concept and application of natural capital.”

This has been echoed in Scotland’s Economic Strategy as well as aligning with the wider implementation of the Sustainable Development Goals. We are also leading on the non-monetary valuation of natural capital and we were the first country in the world to launch a natural capital asset index designed to monitor annual changes in natural capital stock. This is now included in the suite of national indicators.

Investment in the restoration of our natural environment is exactly that – investment. It will provide returns in the short, medium and long term. Nature is not a 'nice-to-have’, it is an essential solution to many of the challenges we face as a country from climate change to inequality.

The next World Forum on Natural Capital, the world’s leading natural capital event, will take place on 27 – 28 November 2017 in Edinburgh.

This post is based on that speech and explores the benefits of natural capital thinking to the Scottish business community and wider society.