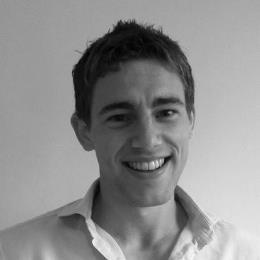 The dust has settled on the world’s first natural capital forum in Edinburgh and we have found ourselves with a pocket of time to reflect on what actually went on. The fast-paced debate focused on the development of natural capital accounting (NCA), or at least the concept, and meant that those previously left in the dark now had a chance to play catch-up. At the Natural Capital Initiative’s (NCI) first workshop on public and private sector NCA we had a host of experts ready to tell us where the movement is heading as well as the synergies we can exploit to develop the movement at an even faster pace. Or so we thought.

On one side we had governments claiming the need for more examples of corporate natural capital accounts, on the other we had private sector representatives waiting for government backed accounting frameworks, and stuck somewhere in the middle we had the investor community. At least that was the impression surrounding the state of NCA, so maybe we haven’t progressed as much as we might have thought after all.

Public sector NCA has been aided by the formation of the United Nations body for developing the System of Environmental-Economic Accounts (SEEA) and the advancement of their experimental ecosystem accounts. Meanwhile private sector efforts have developed in isolation and examples of accounts tend to gravitate towards PUMA’s EP&L. So why haven’t we seen more collaboration? One apparent reason is the need for a common language.

The consensus seemed to suggest the need for a lingua franca that is easier to use and engage others with. Go to any banker in the City and ask them what ‘natural capital accounting’ is and they won't know what you're talking about, one panellist claimed. And quite frankly, why would they?

The development of public sector natural capital accounting has become an interdisciplinary art with the likes of economists, geographers, scientists and accountants being brought together to sing from the same hymn sheet all in the name of progress. In contrast, private sector efforts have tended to become siloed experiments that are stuck in specialised sustainability teams. Experts highlighted this as an area for improvement if not a glaringly obvious example of the opportunity for companies to promote the wider uptake of natural capital accounts.

NCI’s session on ‘the synergies between public and private natural capital accounting’ echoed some of the wider messages of the conference and called on the need for stories that demonstrated the application of natural capital accounts across departments. One accounting specialist noted that whilst accounts are one of the best instruments for economic storing telling, as they have a start, an end, and lay out hard facts, one has to be sure that they are capturing the whole story. Surely another call for wider collaboration and a more interdisciplinary approach to account formation and development of a common language?

Chris Baldock is an environmental economist at Trucost where he specialises in the calculation and application of natural capital valuations in a business context as well as developing methodologies to account for natural capital impacts and dependencies. He worked with the Natural Capital Initiative to organise their session on 'synergies between corporate and natural capital accounting' at the World Forum on Natural Capital.

This blog first appeared on the Natural Capital Initiative's website.

Chasing Unicorns: Embracing Financial Models Where Everyone Can Win