Guest blog - Equalising the unequal? A natural science perspective on the World Forum on Natural Capital 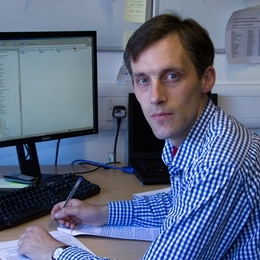 “All animals are equal, but some animals are more equal than others”. This Orwellian idea might rightly be applied to the various forms of capital upon which society is based. Financial capital and manufactured capital attract the vast majority of attention in terms of investment and institutions among both the private and public sectors. Natural capital—the term for features in the natural environment which underpin wellbeing—is currently subservient to other forms of capital. An equivalent to the Financial Times that reported on the state of natural capital would surely never be a sell out on the news stand.

The World Forum on Natural Capital in Edinburgh last month served to put the spotlight on one of the less equal forms of capital. While representation from FTSE100 companies was arguably rather sparse, the wide appeal of the notion of natural capital was clear. There were signs that it can be used as a basis for more rigorous and equitable management of natural resources. The Forum indicated that the success of the notion of natural capital may be because it is an economic metaphor that can be ‘owned’ jointly by business, the public sector and the third sector. Curiously, the term is more readily embraced by Chief Financial Officers than environmentalists.

The main benefits of the Forum were in exposing weaknesses and strengths in how the natural capital metaphor is being applied. The Forum illustrated how the idea brings with it a bow wave of environmental issues, from water scarcity to biodiversity offsetting. As it ploughs through summits, conferences and board rooms, there is a danger that the core idea will be lost. That core is that we should manage our natural capital stocks as well as the flows of services that are derived from them. After all, nature cannot readily be substituted for other forms of capital. The limitations of concrete flood defences exemplify this. Neither can vital features in the natural environment be restored like manufactured and financial capital. Peatland, for example, takes millennia to build up.

We should be mindful of the political dangers to advancing the natural capital agenda too. As British MP Barry Gardner pointed out in a closing speech at the Forum, the natural capital agenda will upset some whose livelihoods and business interests are based on a world where the monetary value of nature is taken as zero. After all, some forms of capital are more equal than others.

The most serious issue is that, while natural capital accounting is surging to the fore among business circles, and valuing nature is popular among some governments, we don’t yet have much flesh on the bones. Experimental Ecosystem Accounts have been put forward as part of the revision of the international System of Environmental-Economic Accounting. The fact that they remain ‘experimental’ perhaps says quite a lot about the overall status of environmental accounting.

Notably, the Forum included hardly any direct input from the natural scientists (ecologists, hydrologists, geologists and the like) who ought to be able to communicate the condition of natural capital. Vital questions remain, such as what are reliable indicators of the state of natural capital in any one country? Apart from the more obvious cases (such as the levels of nutrients that cause algal blooms in lakes and seas), knowledge of the thresholds leading to declines in nature’s capacity to deliver services is required. In some cases it already exists, but communicating this knowledge to a broader audience requires natural scientists to take more prominent part in conversations such as those had at the Forum.

It is not only natural scientists that need to step forward. Alongside economics, other divisions in the social sciences need to join programmes of action to embed natural capital thinking. After all, in many countries natural and social capital are closely intertwined. The way we view nature, use nature, and value nature, is surely more culture-bound than is currently given credit, and we must understand this. Furthermore, unless the relationship between different forms of capital is elucidated, natural capital is likely to remain subservient to financial and manufactured capital, and so exploited slave to it.

The concept of natural capital puts nature on a more equal footing with other forms of capital. Events such as the recent World Forum no doubt help to advance this. Going forward, practical case studies of what the new natural capital thinking means for particular parcels of land and marine areas are needed, alongside examples of how it has changed decision-making. In the meantime, scientists and accountants have their work cut out in putting flesh on the bones of what natural capital accounts look like in a wide variety of public policy and business settings. We need both at work, and both need to join the table for discussion.

This blog first appeared on the Natural Capital Initiative's website.